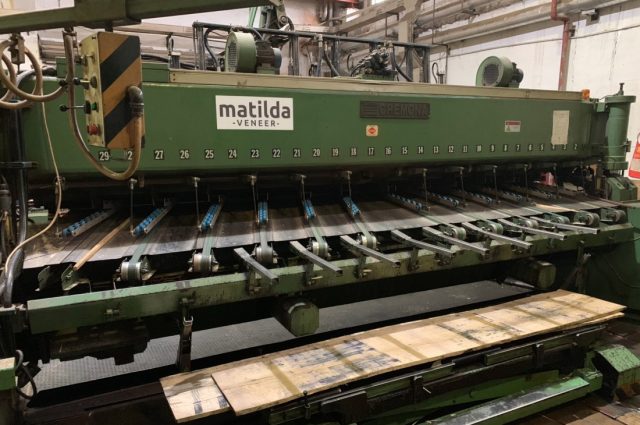 Veneer mills in Australia have found it increasingly difficult to remain a viable economic prospect. This has been due to a number of factors, principally, Australia’s relatively small population and increased competition from other products. This has resulted in reduced production volumes and therefore higher unit production costs. This simple equation has not justified continued capital investment in machinery, maintenance and upgrades, staffing and other operational costs.

It is for these reasons that the few remaining veneer slicing mills in Australia are either almost non-operational or operated only in a part-time capacity. Those who have traditionally produced veneer in Australia have been encouraged to look to other options for manufacturing, mainly sending raw material overseas and contract slicing – where producers pay a fixed cost per cubic metre of raw material supplied, or per square metre of veneer produced. While it may have resulted in lower fixed costs for producers, it can mean some loss of control of the production process. This has the potential to negatively affect the quality of the finished product.

Australian species have given many manufacturers problems due to their unique attributes, particularly their high density and potential for defects which can lead to a multitude of issues. Additionally, lead times have been greatly increased due to sea freight and a requirement to fit in production with the contract mill’s other work.

At Matilda Veneer, we’re a progressive, nimble and modern veneer company that has continued to keep at the forefront of trends in manufacturing. Around 10 years ago, we started manufacturing Australian species in China and, while lead times were increased, production quality has improved over time. This is a result of two distinct factors. Firstly, all veneer manufactured was closely monitored by Matilda’s Australian staff, assisted by Australian trained employees based in China. Secondly, and perhaps even more importantly, the mill in question has a full production line of top quality Italian-made ‘Angelo Cremona’ machinery. This line is capable of producing quality veneers from our typically very challenging Australian hardwoods. This mill had become a key partner in Matilda’s continued rise in the veneer industry in Australia and Asia.

Despite these advantages in our manufacturing processes, we still were not 100% in control our own destiny. The reliance on the Chinese mill meant there was a risk that, at potentially any time, they could increase their price, slow the production or even cease production altogether. Such an event could derail Matilda’s progress and force us to find another mill with machinery capable of performing the task. Our Matilda team wasn’t blind to the risk and performed extensive research on other mills, only to find that the Angelo Cremona machinery, while prevalent in Europe and also in operation in the US and Africa, only existed in one place in Asia – the very place we were already producing.

There are other veneer mills in the region, but none are of the quality customers have come to expect from Matilda’s production. Therefore, in order to secure our future, we saw only one long-term solution – to purchase the mill and it’s full Italian-made production line – including log debarker, cross cut saw, flitching machinery, flitch thicknesser, veneer slicer, veneer dryer, guillotine and measuring line. To secure all this machinery, already installed and operational is a great achievement and one we’re immensely proud of. At a time when many others are downsizing, reducing volumes, and searching for substitutes, we’ve invested in our future, and the future of Australian veneers.

While there were plenty of benefits and upsides to the purchase, there was (and still is) much work to be done. The mill required a new boiler system in-line with new strict environmental laws. Aware of this, Matilda Veneer purchased the necessary new equipment some months ago and installation was completed in time for settlement of the mill purchase on 1 July.

The purchase of the mill and production line has come at an opportune time. While the mill was renown in Asia for its high-quality production line, the mill itself was being run inefficiently and scheduled maintenance was not being completed. By owning and controlling the mill, Matilda will invest further funds to ensure the machinery is maintained and operated professionally, in-line with our industry-leading high standards. Lead times will be reduced as we can now prioritise our own production over others, whereas previously we had been at the mercy of the mill’s own schedules and priorities. Improvements to machinery and regular maintenance will only serve to further increase the quality and consistency of the veneer being produced and sold in the Australian market.

Matilda’s production of Australian species, together with contract slicing for the Chinese market in the production of other species will ensure the mill runs economically. The slicing of American species such as White Oak, Red Oak, Walnut, Alder and Maple is certain to lead to some more exciting opportunities in the not-so-distant future. Additionally, the mill also comes equipped with a veneer joining line. This won’t be a priority in the short-term, but will again open doors to new possibilities in 2018.

Matilda Veneer is proud to be investing in this opportunity and looks forward to the many new possibilities which will exist as result. We look forward to working closely with our distributors, new and old, to maximise the benefits for all involved. This is a line in the sand moment, and the future is very bright for Australian veneer production.