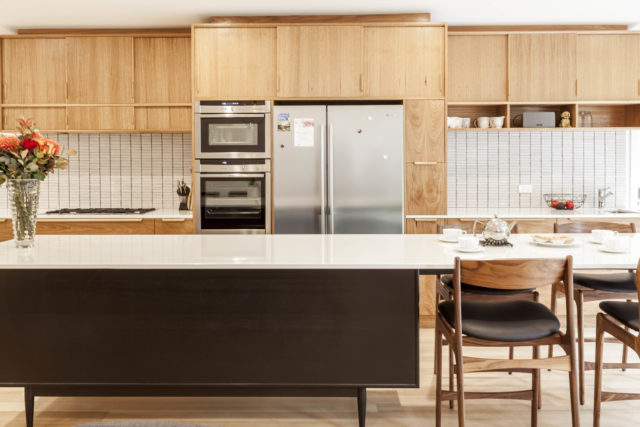 It’s back to the future with timber veneer.

This month we sit down with Alistair McLean, the owner and founder of Secret Design Studio – a building and interior design consultancy which specialises in boutique mid-century design projects.

Alistair began his residential design journey by studying architecture at the University of Sydney, graduating with a Bachelor of Science (Architecture) and a Bachelor of Architecture. During his studies he had a privilege of meeting one of Australia’s most renowned modernist architect Harry Seidler, whose 1950 Rose Seidler House, is now owned by the National Trust of Australia and has left a lasting influence on Australian residential home design.

Since starting Secret Design Studio in 2010 Alistair has worked with hundreds of clients in Sydney, Melbourne, Adelaide and even Byron Bay who want to preserve and highlight the mid-century design features in their homes.

Here he talks with us about the use of timber veneer in building and interior design from this era and ways to bring that aesthetic into the modern day.

Why is mid-century design so popular?

In terms of interior design a lot of it has to with our real estate and how people are living today. Mid-century homes are typically smaller than many of the homes you see being built now and they had smaller rooms. Apartment and townhouse living is more prevalent today and with those types of building comes smaller rooms as well. Both building styles need furniture and design that is visually lighter and timber veneer provides that where solid timber pieces often can’t.

What were some of the ways timber veneer was used in mid-century design?

Timber veneer was very commonly used in furniture in the mid-century and you can still find some good quality original pieces around now. If it is well looked after and with the right attention, quality timber veneer furniture can be restored to its former glory.

The use of timber veneer in residential building design was mainly as a feature in conjunction with the use of solid timber such as exposed timber beams. Timber veneer was often used to line doors between rooms and also built in storage and we also began to see its use in kitchen cabinetry as well.

Were there any particular timber species favoured by mid-century architects and designers?

Like any design element there were trends with the popularity of timber species. In Australia designers commonly used Queensland Walnut and Silky Oak which are two quite different timbers. In places such as Denmark they favoured timbers such as Rosewood and Teak.

How do you recreate a mid-century vibe but still produce a home that works in the current day?

None of my clients want to live in a museum piece. What they want is to highlight a mid-century vibe in a design that works for the 21st century lifestyle.

I work with Matt Ibott from Sawdust Timber Furniture to do a lot of my mid-century cabinetry, kitchens and bathrooms using timber veneer. We use features like handles and tile choice along with other mid-century styling elements to give a mid-century feel within a design that works for them.

You can find out more about Alistair’s approach to mid-century design at www.secretdesignstudio.com.au